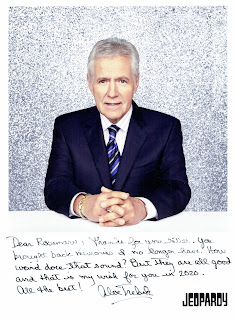 Alex Trebek passed away today, November 8, 2020, after a challenging time with pancreatic cancer. He is now free of the pain and distress. My condolences go to his family, his friends and co-workers.

This past February I received the attached photo and note from Alex after I had written to him to wish him well. I had evidently triggered some memories for him as I referred to the time we worked together on Outside-Inside for CBC Television in 1972-73. He was co-host with the late Ray Staples, producer Shirley Franklin, executive producer Dodi Robb, and director Chris Paton. When the season finished, Alex made his way to California and his career as TV show host, and eventually Mr. Jeopardy.

My thoughts are with you, Alex.

There is short story titled "Doors" - a bite of Sliced Bread - www.quillsquotesandnotes.com/bite-doors.htm - about a gag we pulled on Alex - LIVE.

Posted by Rosemary Phillips at 1:49 PM 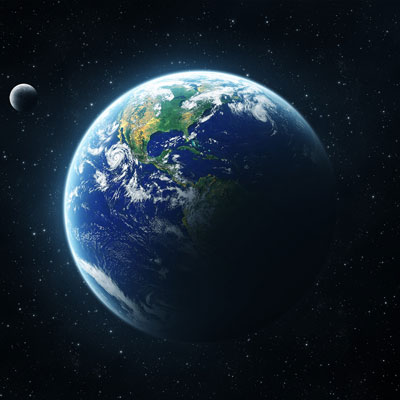